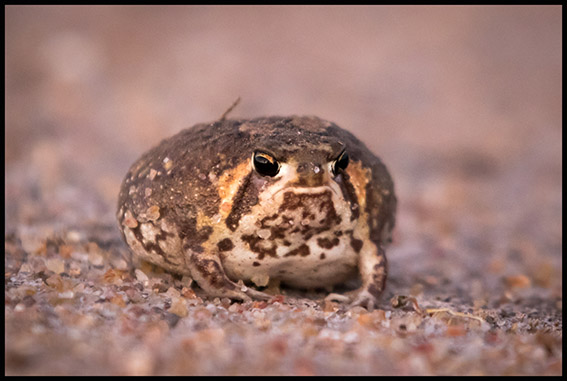 September is usually the driest month of the year, as quite often our first rains only come in October. This means that the visibility is best, as the grass is short and thin, and the leaves from the deciduous trees have not yet started sprouting. It is one of the favourite times of the year for most guests, as the game viewing is at its optimum, and September this year was no exception.

One of the highlights was the almost continuous presence of the Mhangene pride, which as usual has been following the large herd of buffalo. Due to the general lack of grazing and dependence on good water sources, the buffalo have also been camping in the south where the best grazing is.

Within the herd there are also some very impressive huge bulls, which would normally cause some hesitation for the lions when it comes to attempting to hunt buffalo.

But this does not seem to deter the Mhangene pride at all, with 16 members needing to feed on large mammals regularly! It has even become quite common for them to catch more than one buffalo at a time. On one occasion, they caught an adult cow, as well as a year-old calf, about 100m apart. Even one of the Majingilane males seemed hesitant to try and get mixed up in the feeding frenzy!

After a large meal, usually the first thing they do is find some water. This is a photographer’s dream – to have a large pride drinking in a row – and the Mhangene pride does this quite often.

The pride consists of four adult females, nine sub-adult males and three sub-adult females, varying between 13 and 18 months old. With the good and consistent meals provided by the four mothers, the condition of the sub-adults is incredible, and the young males in particular are growing very fast. It is already obvious that this will be a formidable coalition if they all survive and stay together!

The Majingilane coalition continues to hold on to their dominance in the Western Sector. On quite a few occasions they moved much further east, demonstrating that they are still confident, and although they are getting old, are in good condition. They have remained with the Ottawa pride quite a lot this month since the pride lost the younger cubs, hoping to sire a new litter as well as score a free meal!

One of the other highlights for the month involved Ravenscourt. One of the greatest privileges we have as both guides and guests is the opportunity to witness and experience nature in its wildest and truest form. This was particularly true the morning we found Ravenscourt lying on a termite mound. He was clearly waiting for a warthog to emerge, and when it did he was on it in a flash. An epic battle ensued, as is normally the case with warthog, as they are so tough. It always takes a while to kill, due the very thick neck, but the leopard needs to do this as quickly as possible. For Ravenscourt, this unfortunately took too long and the distress calls made by the warthog inevitably attracted two hyenas. Ravenscourt knew it was fruitless trying to hold onto his kill, and abandoned it immediately, but to the hyenas’ surprise, the warthog was not dead, and jumped up and rushed at the hyena! This caught them off-guard, and they backed away from the charging warthog, giving it a chance to make it back to the termite mound and safety!

For some inexplicable reason, the warthog did not run deep into the middle of the mound, but instead stayed at the entrance, trying to fight off the hyena, which had now regained their composure, and were trying to get at the warthog. Unfortunately for the warthog, they managed to get their incredibly powerful jaws on it, and dragged it out. At least they managed to finish the warthog off quickly.

Ravenscourt remains one of the best viewing leopards, being seen regularly, and he almost always chooses a good place to rest, even when completely exhausted from his long territorial boundary checks.

Scotia came across west a little more often in September, and brought her cub to a number of kills in the Western Sector. She has remained an extremely relaxed female, and her cub showed the exact same temperament around the vehicles, allowing some incredible viewing. Sadly, toward the end of the month, the Mhangene pride found and killed the cub.

Khokovela seems to be moving quite a bit further south these days, and is often seen south of the river. She is pushing further and further into Xikavi’s territory and it is going to be very interesting to see how this develops. She is very much like her mother, Tlangisa, giving fantastic viewing on a regular basis.

Dewane is his usual constant self. There is still some territorial battling going on between him and Ravenscourt, and it is great to watch the conflict between the young exuberance of Ravenscourt, compared to the steely resolve of the ‘old dog’. Dewane is still commanding the better territory, while Ravenscourt has the biggest.

Since the pack of wild dog came onto our concession last month, they actually moved the den into the north and we have been having constant viewing of them. The alpha female’s pups are starting to run with the pack on the odd hunting excursion, and learning how the pack dynamics work.

The adults, as always, spend a lot of time strengthening the bonds within the pack, through playful fighting and chasing. The energetic levels of the wild dogs are unrivalled and legendary. They can make a full chase for over two km at 60 km per hour, and then still have energy for play after the kill!

The male cheetah has also been making regular visits into the West. It is always amazing to see how he follows very similar routes every time he does his patrols. He has a number of favourite termite mounds to rest on and fallen-over trees on which he ‘picks up other scent messages’ and leaves some of his own! Who of you have pictures of him on any of these tree stumps?

We have been having some spectacular elephant viewing, particularly of the large bulls close to the camp. They have been enjoying daily visits to Georgie’s dam and feeding constantly on the round-leaved teak, which grows in abundance close to Savanna. They are also a constant source of viewing to the guests during the day, in between drives. Click here for a short clip of two bulls play-fighting at one of the waterholes.

The hyena population also seems to be healthy, and most likely has been boosted by the presence of the Mhangene pride. There is suddenly a large source of food available to them, thanks to the large carcasses left by the pride.

The general game has also been consistently good throughout the dry season. This is particularly true down in the south, where the good grazing has sustained better numbers of wildebeest and zebra than we have seen for some time.

The seasons are changing fast now, with the temperatures and the humidity on the rise. The clouds are also starting to build up in the late afternoons, which provide spectacular effects for the sunsets. With no rain, however, the dust still lingers, and also allows for some good photographic images.

We leave you this month with some images of the often-overlooked birdlife which, with the approaching summer, is going to get even better!

Please also have a look here at all the latest updates from our community programs!