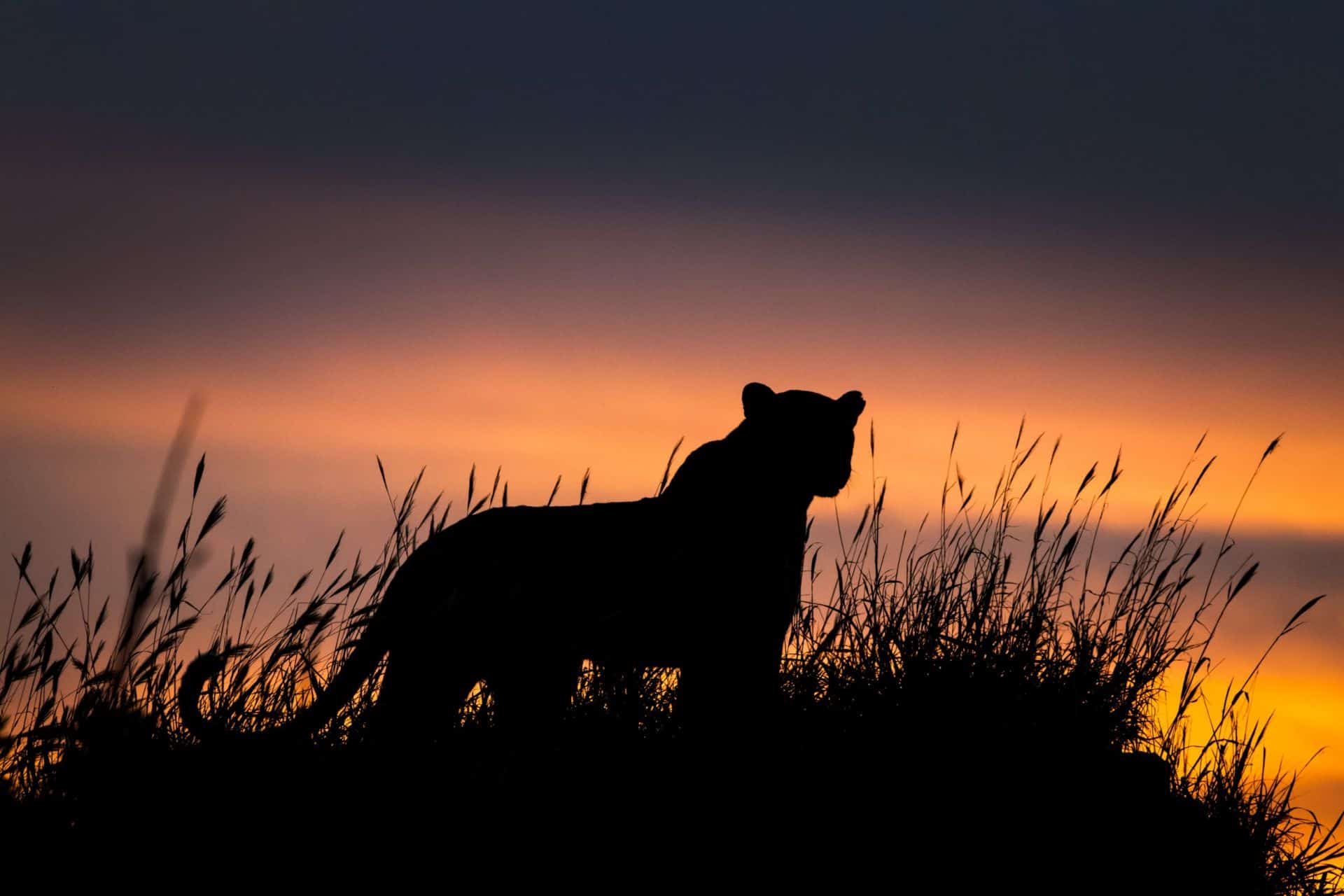 As the animals prepare for the long winter ahead, we will see a huge change in the bush over the coming months. The grass gets lower and the smaller pans that hold water throughout the summer slowly begin to disappear. The bush starts to thin out and animals are forced to move towards the river and larger dams to quench their thirst.

The Mhangene sub-adults have been learning how to survive without their mothers, as they have still not returned to the youngsters, and it definitely seems permanent now. It has been a tough time for the young lions as they continue to struggle to hunt the large prey that they need to survive. One of the young males died mid-way through the month from a lack of food.

Two of the sub-adult females are still missing from the pride, although one is believed to be back with her mother. The other was seen with the Ximungwe pride earlier in the month. They were actually seen together ‘sharing’ a kill where the Ximungwe females  seemed  almost submissive or protective over the young Mhangene female. Have a look here at a video of the three fighting off some hyena at the kill! They spent five days together before the Ottawa pride chased all three out of the north.

The nine sub-adults that remain together managed to kill a large female buffalo during the month. This was a great boost to the pride, as they were starting to look worse for wear. Watch the video here, but a warning that it is not for sensitive viewers.

The young Ottawa male is growing quickly. With the death of all three Majingilane males over the past couple of months and no sign of larger males moving into the area yet, the young male has stepped into the dominant male role. Although still too young to take over the territory, if given the opportunity there, he will gladly take the easy way to the top.

There have been many changes in territories of the large male leopards over the past month. The most noticeable is that Dewane has been under huge pressure from both Ravenscourt and Nyelethi. He was seen having very intense territorial battles with both males at the beginning of the month and Ravenscourt has moved right into the heart of Dewane’s territory. After a short fight along the river, they parted ways with Dewane looking worse than Ravenscourt.

Shortly after the attack from Ravenscourt, Dewane was found with a large male impala kill in the Mabrak, close to where Khokovela was keeping her cubs. Nyelethi was quick to find him and was far more interested in Dewane than the impala carcass. After a few minutes of growling and sizing each other up, Nyelethi made his move. Have a look at the incredible fight here.

Khokovela’s cubs were seen briefly at the start of the month, but with the huge pressure being put on Dewane, the father of the cubs, Nyelethi unfortunately killed them when they were only eight weeks old. Khokovela was seen trying to mate with Nyelethi towards the end of the month, as he now seems to be the more dominant male in her territory.

Ravenscourt has been our best viewing leopard again this month. We have been able to follow him through his many patrols of the area and view his behaviour throughout the month. His territory seems to have expanded northwards towards the river, taking up most of Dewane’s old territory. As Ravenscourt’s territory grows, he is spending far less time around the southern parts of the property. This is an exciting opportunity for new younger males to expand their territory to fill this gap.

Scotia has given us a few incredible sightings this month, as she has been moving her cubs from her original den westwards towards the central parts of the property. As the cubs approach eight weeks, she has started to move them more regularly as she makes kills further from the den site.

Boulders has been seen in the central parts of the property quite regularly this month, as she starts to feel the pressure from younger females around her. Over the past few years she has had the sole use of the central parts of the property, but with the emergence of the Kelly Dam female, Basile, Khokovela and Ntoma, she has been feeling the pressure from all sides. She has thus been actively patrolling and marking over the past month, affording us great viewing.

The young Euphorbia male is growing into a beautiful leopard, and at two and a half years old he has been exploring new boundaries and territories outside his father Nyelethi’s territory. We have seen him on one occasion with Scotia, following her with the presumed intention of stealing one of her kills.

The very successful hyena clan in the south has been rather active in the past month. They have re-established a den in the central parts of the property, giving us great viewing of two very young hyena cubs. These cubs are predominantly black within the first six to eight weeks, and will only start developing the typical hyena spots after three months.

The two packs of wild dogs have been using the property throughout the month, giving us incredible viewing of their activities. The Sand River pack chased a herd of waterbuck into Georgie’s Dam right in front of the lodge, and they managed to surround a very young calf in the middle of the dam. This, however, is exactly how waterbuck evade predators, and after what seemed like an eternity for the dogs, they grew impatient and moved off in search of the large herd of impala in the area. The young waterbuck managed to escape out of the dam and join a large male waterbuck for protection. In the end, the pack managed to pull down a large male impala.

On a second occasion, they chased an impala ram, which also chose to run into a dam in a last-minute attempt to avoid the very successful wild dogs. Unfortunately for him, he chose a large dam filled with crocodile and hippo. Initially, the impala was killed by a large crocodile, but the latter was quickly harassed by the many hippo in the dam, so he relinquished his kill. Hippo are herbivores, but they have been known to eat meat when it is available. A fascinating tug of war and battle over the impala remains ensued, leaving the wild dog and hyena on the bank wondering about what could have been.

There has been a large influx of elephant into the Western part of the Sabi Sands this month. As the water becomes harder to find and the food is concentrated in a smaller area, the elephants move together in search of the same resources. With the large breeding herds come many young calves, providing us with hours of entertainment. Their antics are a firm favourite with guests and staff alike! And with the large herd of females inevitably come the large bulls in musth. Elephant bulls have a similar cycle to females, which results in increased levels of testosterone, and can last anything from three days to three months!

As winter approaches, we get to view our animals in the most spectacular light and this is a photographer’s paradise. The bush and soil get drier and the animals, vehicles and wind kick up dust which rises into the air, creating a much softer light. The ‘golden hour’ for photographers becomes longer and the quality of the photographs just gets better.

For the latest updates from the work done outside the reserve with our community projects, please have a look here. Also, a reminder that if you want to keep up to date with our video clips, subscribe to our YouTube Channel here.